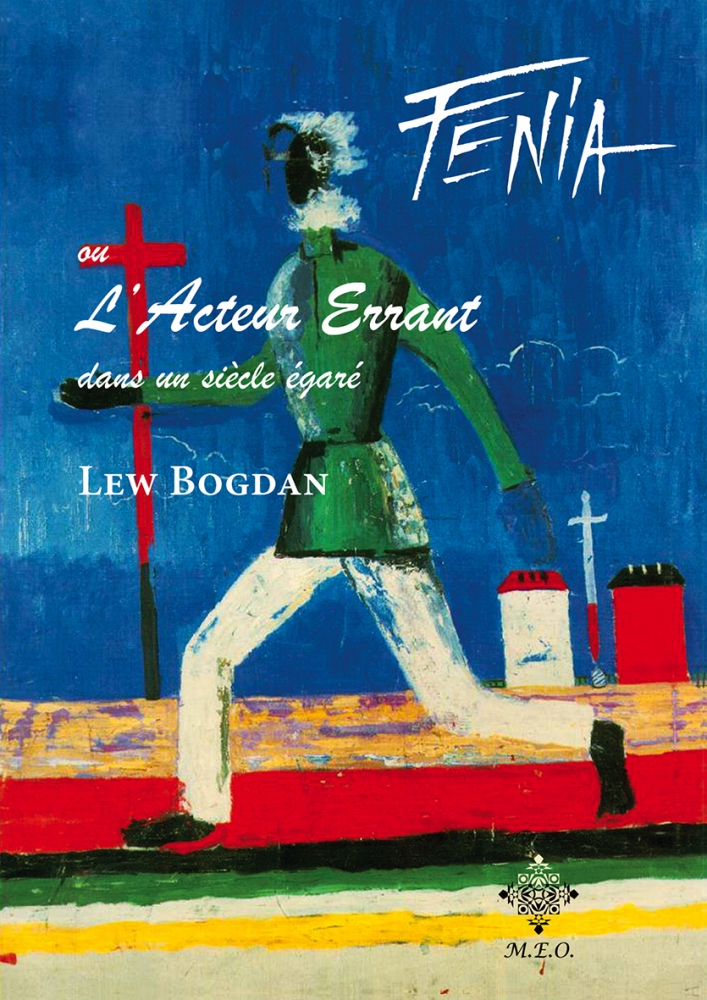 Towards the end of the 20th century, the Doukhobors were a communist and pacifist Christian sect facing persecution by the Russian tsar. Leo Tolstoy helped finance their emigration to Canada, organized by his follower Leopold Sulerzhitsky. They will develop there agricultural cooperatives and fruit canning. But their fierce attachment to a community way of life will put them in conflict with the authorities. Some of them will gradually integrate into Canadian society. Others will sign one of the darkest pages in Canadian history: Imprisoned in internment camps, separated from their children, they will drift from pacifism to terrorist attacks.
To escape the growing pogroms, Jews are fleeing the Russian Empire in huge numbers, including Jacob "Yankele" Adler, the Grand Eagle of Yiddish theater in Odessa banned under Tsarist rule. After a brief stay in London, he would travel to the United States to lay the foundation of what the theater world would one day simply refer to as Broadway.
Konstantin Stanislavsky and Vladimir Nemirovich-Danchenko create the internationally prominent Moscow Art Theater. However, a new theater needs a "New Actor" capable of satisfying demanding professional and ethical requirements, resulting in the first studio conceived under the tutelage of Stanislavsky and Sulerzhitsky, and marking the beginning of a fabulous period for young actors at the studio. They will taste the first fruits of being celebrities, experience the revolution of 1905, the First World War and the October Revolution snagging onto their ideals. Some would remain in the USSR and withstand the Stalinist ice age; others would weave their wanderings to places such as Constantinople, an ephemeral refuge for all outcasts; Berlin, the flamboyant Babylon of an exhausted Germany dancing on a volcano; Paris; London; Riga and Prague, often at the limits of misery. Many emigrated to the United States, where, through the American Laboratory Theater, Theater Group and Actors' Studio, they forged the prototype of the modern actor and created a number of superstars of the stage and big screen.
During their travel to Canada, a little girl misplaced from another exodus is adopted by the ship's nurse and takes the name of Fenya Koralnik. She will enter the first studio of the Art Theater as a student actress. Through the eyes of Fenya (fictional character), the author will retrace the erratic steps of some of the period's most important names: Jacob Adler and his daughter Stella, Richard Boleslavsky, Mikhail Chekhov, Maria Ouspenskaya, among others. The reader's path will frequently cross with figures such as Maxim Gorky, Isadora and Lisa Duncan, Yevgeny Vakhtangov, Vsevolod Meyerhold, Lenin and his Cultural Commissar Anatoly Lunacharsky, Olga Tschechowa, a movie star worshipped by Nazi leaders and no doubt a spy for Stalin, Louis Jouvet, Max Reinhardt, Lee Strasberg, Bobby Lewis, Lev Theremin, the brilliant inventor of electronic music and "host" of the first gulag circle, Elia Kazan, Yul Brynner, Marion Brando, Marilyn Monroe and others.
From Odessa to Broadway and Hollywood, this epic read by a New Actor spans across time and continents, describing a world and its utopias that often crashed down into sudden nightmares. A passionate and enriching saga, where the ideals of these actors and teachers sharply oppose the egotistical and commercial aspects that would eventually envelop this world.
“A book that will make a date” (Gérard Conio)
“A tale – torrent” Jean-François Labouverie
“The entire history of Russian, Jewish, German, American theater unfolds in Lew Bogdan's spectacular and captivating novel-story”. Daniel Simon

Lew Bogdan
The author
A prominent fiqure in the world oftheater, Lew Bogdan has been at the head of the World Theater Festival founded by Jack Lang. He was also Artistic Director of the Bochum Schauspielhaus, Superintendant of the Nuremberg Theaters, and later Director General of the Phénix de Valenciennes. Founder of the Institut Européen de l'Acteur, he initiated and co-directed the Symposium "Le Siècle Stanislavski" at Centre Georges Pompidou in 1988.